always i have that problem 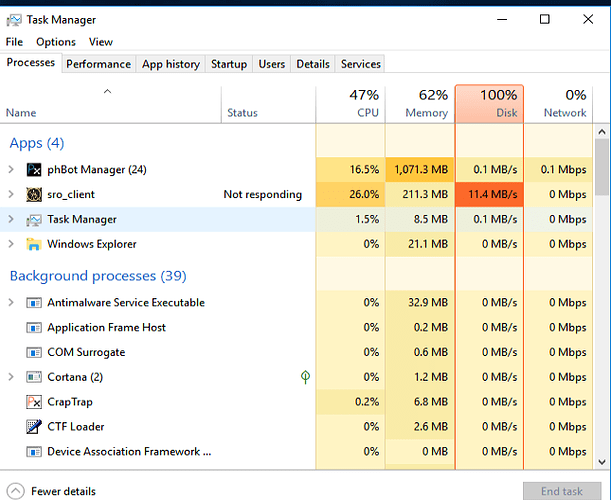 disk usage is about windows 10

buddy, we’re using the same Phbot, but we don’t have a problem, I think your disk might be a problem.
I have 26 Char open, but it’s okay. 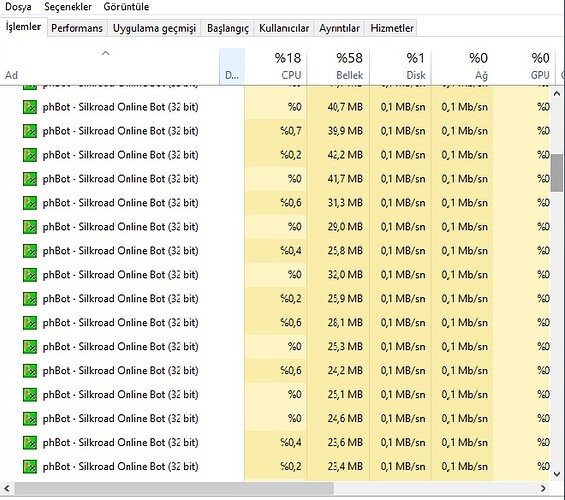 I don’t see an issue. Client having high CPU or disk utilization isn’t something I can fix.

I don’t know which operating system they use, but end users did update to Win 10. Maybe then, Cpu and Disk usage may have increased?

i don’t have any problem in windows still problem appeared any have that problem i use win 10 any always craptrap restart client i don’t know why?
is must buy CrapTrap ?

i still don’t know where problem maybe because i use many phbot?

you can compare your status by trying previous versions.maybe it will help you solve your problem.
https://forum.projecthax.com/t/latest-testing-release/24/85

its about windows 10 not phbot

so any repairing for win 10 or change windows to other ? and what windows better for get prefect CPU ?

W7 if you can setup