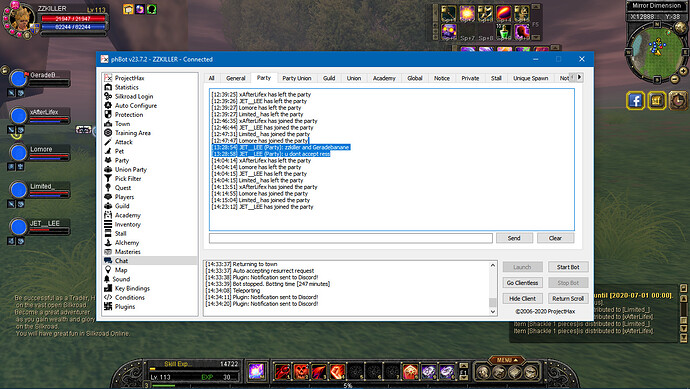 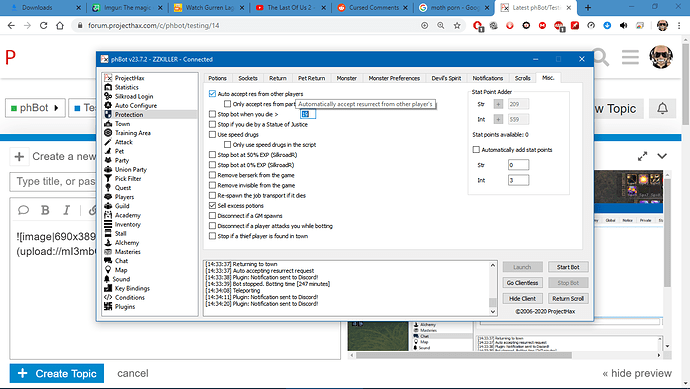 either the bot is fcking up
or
after the palmyra server stroke with its multiple DC’s from interactive with anything to get to ur inventory
( @Ryan )
think they might’ve changed some codings? and bot dont understand the new codings … for ress as example…? 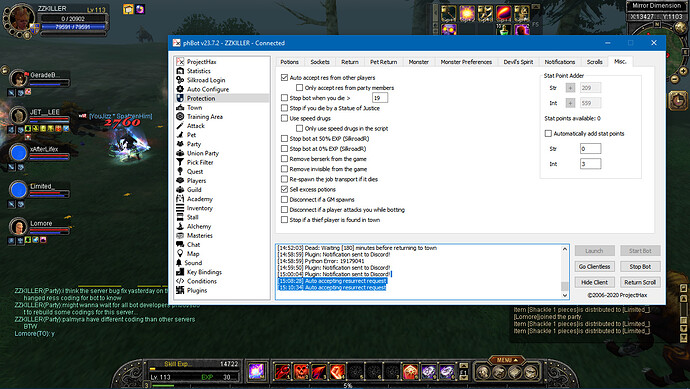 It’s just sending the accept res after it sees someone used a resurrect skill. It’s not waiting for the server to show a dialog.