I have problem with phbot, priv server. ( wizzard skills ) phbot slowly marks the target and attacks. After killing, a moment passes before the next target select and the attack begins. I would do it faster by hand. idk whats wrong. Screenshot with atack settings : 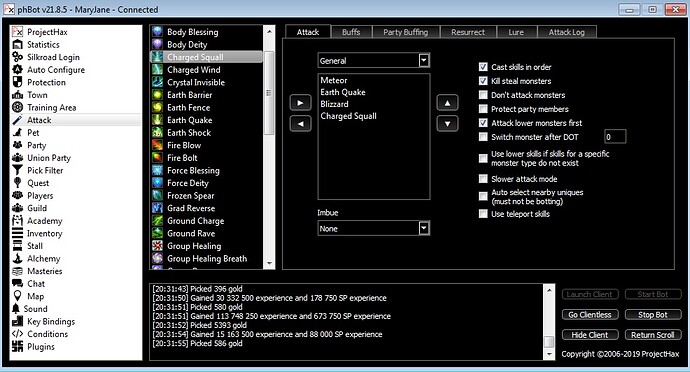 you can try to uncheck atak low monster first
and look at the protection tab / monster and mak a selectable priority monster
like :
normal / champion = meh
party general / champion party / giant pt / strong / unique / event = prefer
u can use the atack skil for specifik monster too It’s either lag or your skills/buffs are conflicting in some way.

Im using test version i have that problem too.And i think its beacause of gold pick if you turn off gold pick bot will attack more faster but i dont know why this happennning

Potion delay doesn’t really matter. The server will only let you use it so quickly.

Exactly same with me, after pick gold there is a delay something between 2 and 4 seconds.
If turn off gold pick does not exist delay. This only happens with the test, with stable bot pick and attack fast.

That should be fixed in the next version.

Hey there, first of all thank you for the great work

I’m using latest test version 21.9.8 (tried stable as well) but still can not say that the bot is fast. It takes like 4 - 10 seconds to select the next mob. The ping of 300ms is not fast but can’t cause such delay or? I recorded the situation to give an example of the slowness. Lets have said that I connected via RDP to the machine and I setup lowest possible graphic settings. That doesn’t influence the botting as the sbot is also able to attack very fast on the same machine. The phbot makes 70 mobs in 17 minutes while the sbot makes easily 20 more. 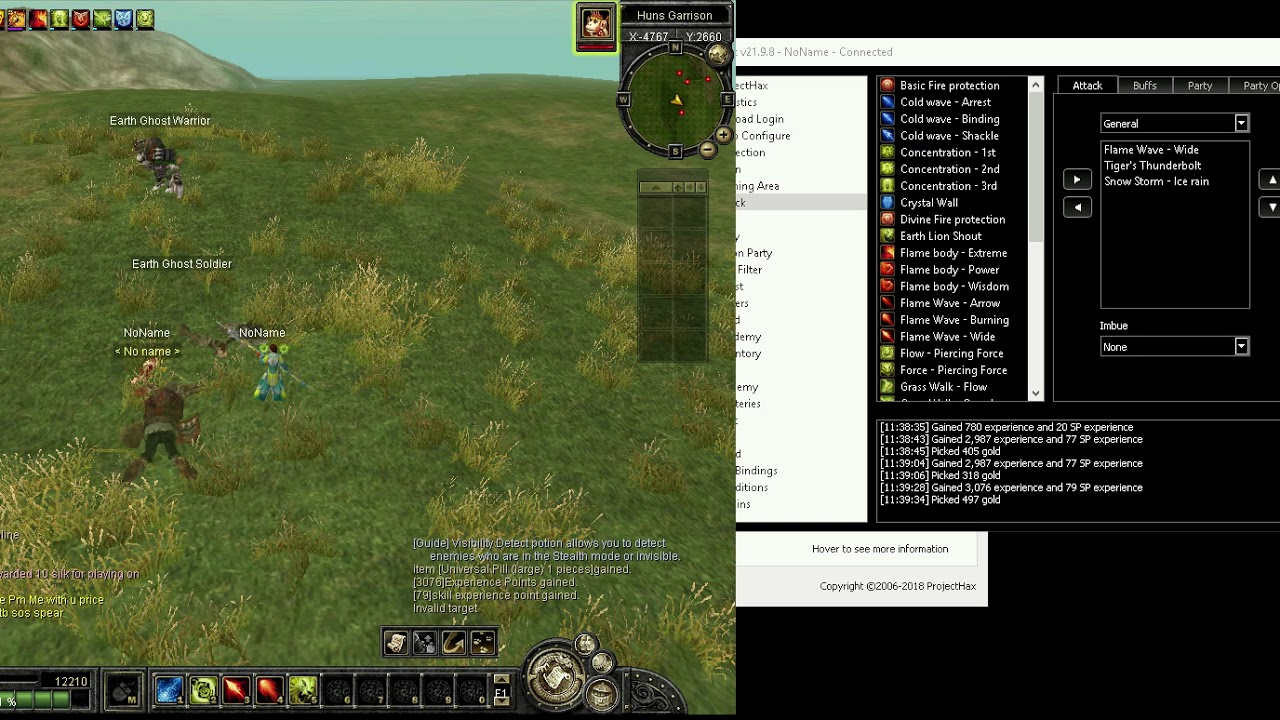 Also I could not make my pet working. Pickfilter has check on pet pick but the pet never pick’s up things. Is there another tick necessary?

If there is still a delay it sounds like a problem with your settings.

Quick note that you are getting invalid target error messages. Double check your attacks aren’t messed up/you have a buff in there.

But I have also noticed this exact same issue in certain parts of the world on iSRO (qin tombs bottom right in this general vicinity is one https://i.imgur.com/H2yS43A.png) with a very minimal attack setup. Are there hidden entitys it may be trying to select/attack?

@FragSalat Does the issue persist if you change training areas/mobs?

In caves there are some invisible monsters. It will try to attack those if no other ones are around.

What else could be wrong?
Attack skills are only 3 nukes, buffs are common CN buffs. I tried now kill steal and cast in order.
Should I upload my config here or is that useless? I really would like to use the phbot as I think it has better functions than sbot but if it attacks that slow I must stay on sbot 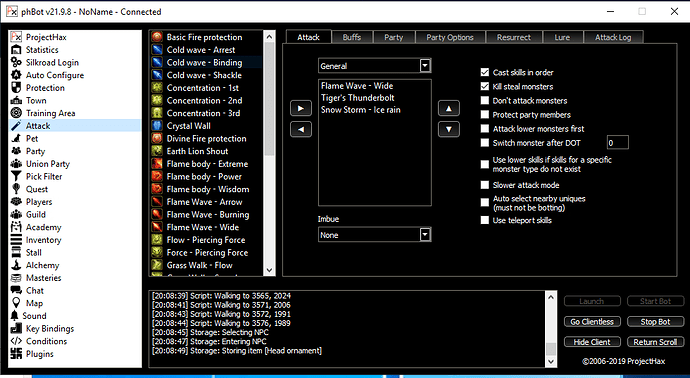 And here are my buffs 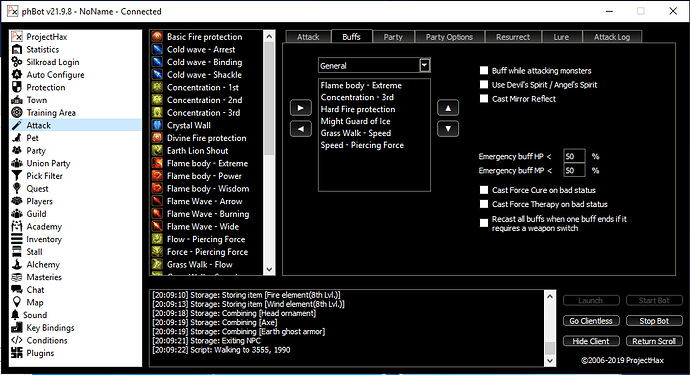 Disable pick and see if it still does it.

So disabling the pick didn’t helped but I figured out that the attack is fast when the client is not the active window or the bot is in clientless mode. Somehow weird but that is ok for me. Thank you

Merhaba, PHbot saldırısı yavaş. mbot cuts the creatures faster. Is there another setting you can recommend in phbot? About attack speed