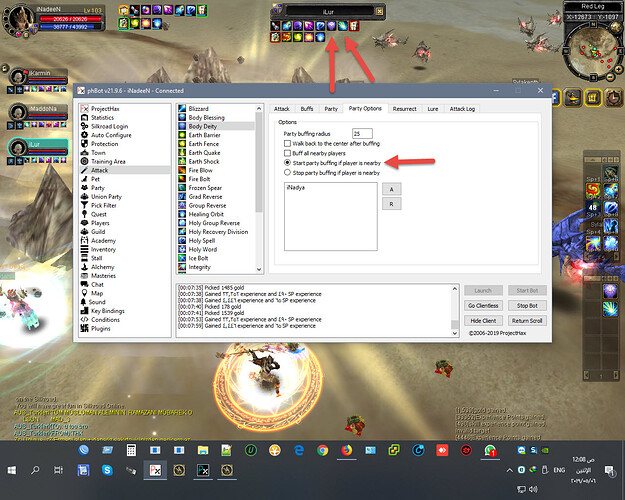 You chose the “stop” option and it stopped? Isn’t that what it’s supposed to do.

read your bot start party puff if player is nearby ??? ask me

the name in the box is neaby ?

I can’t understand you most of the time. I’ll make a change for the next version but I’m only guessing.

the point is the player is in the box is not nearby and i choose if player nearby ??? and char start buff how is that ???

can you give me SS from changes that you will add in next release ?

It’s been like 6 hours since I gave you that to test. That update contains the latest features.

I’ll make a change for the next version but I’m only guessing.

i want SS from that changing you are guessing ?