When you don’t enable “Don’t attack monsters” it will change the weapon and attack them. Also you need to add only cleric attack skills. If you add skills that need different weapon, it will change your weapon too.

If that character is party healer/buffer, don’t add wizard attack skills or wizard buffs. You can’t buff party when you attack monsters with a different weapon.

Iam test 1 more time without wizard skill attack or buff and it is still changing the weapon
and iam enable the Dont attack monster ? so? 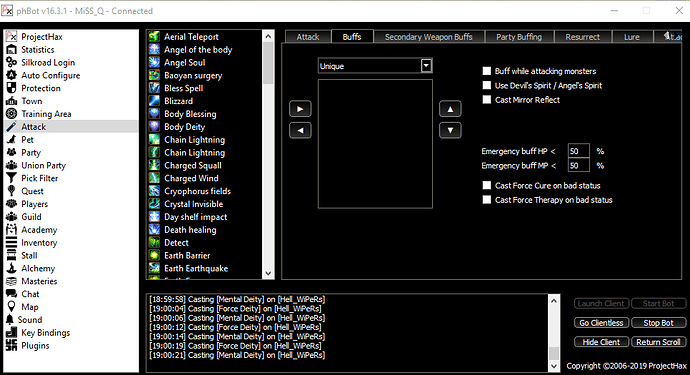 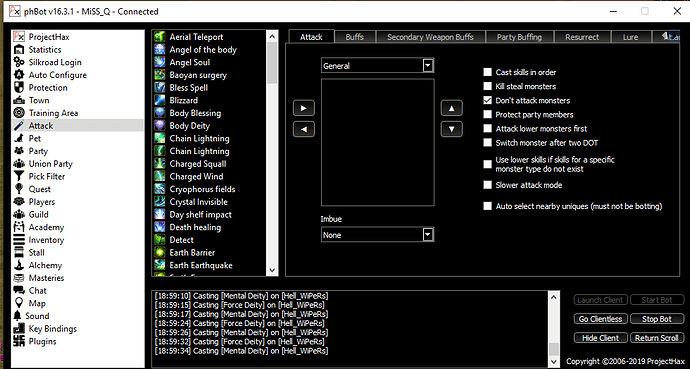 That is phBot Stable. Don’t use it. Use Testing release. Stable version has many problems which are not going to be updated soon. I also had same problems when I tried stable version.

Stable only exists for people on iSRO that don’t want to update.

This topic was automatically closed 7 days after the last reply. New replies are no longer allowed.