DC after being on client

bot DC every time i :
switch to client
change spot(or stop & start bot)
like insta DC and relogin
and sometimes the bot get bugged and spamm relogin
even though it is restarting/relogin the client…
i have to close the bot and open another before it gives me ip ban 6h
or something…

is there a timer or checker
sets bot to check if bot is being intrupted for the first few minunte … it should insta restart?

as it got bugged

You get more DC when you’re on client. Because client’s itself is a garbage. You can try without bot. You’ll definetely get DC in 15-30 minutes. You get less DC when you’re clientless compared to being on client.

I also discussed @Ryan about that. We don’t really know the cause. Client has a packet loss or connectivity problem I think. They probably did something wrong while creating the “KICKING NON-VIP USERS” system.

By the way, don’t really think about the game problems. Believe me, even the JCP&Joymax don’t really care about that. It’s OK if you get VIP. That is the only solution…

It’s OK if you get VIP. That is the only solution…

i am a VIP 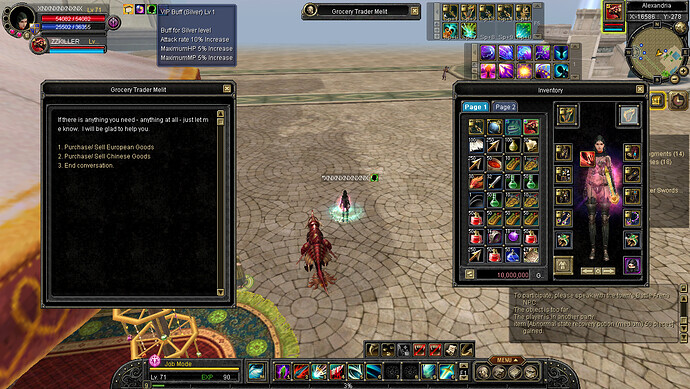 ohh ya
and
u wont get DC
if you started sro from the bot at first time at “client” opened…
or
switching from clientless to client … after the bot have been running for +20min…
& not spamming stop start … or the bot will get confiused and give ya DC << bot problemo?

Oh you get DC even you’re VIP. Oh sh*t this is so bad. I think game sucks really. :v

Seems like phBot is also causing the problem too.