Why are you using a script to deliver a quest?

When you pressing on quest right buttong, you can set walk script. Which always were working. Char was bringing back quest, taking it again and went back to spot.

How other wise char can deliver back quest in mirror and go back to spot?

It was working same for months, till this happend out of blue.

You don’t need to set a script. You should also post your script so I can actually test it.

You may need to add the quest command twice, or you can remove your script and just enable the quest with the “walk back to town” quest turn in option enabled.

I will try to do your way now. But may i ask, whats changed, because my method worked for months…

I was not, weird thing is that im not alone with this issues which appeared today

If it’s saying it’s the wrong script for the town it means your town script isn’t returning to the center of town spawn.

Have the same Problem
Normaly i used script so i can walk my own way but it isnt working anymore. Also when i put it twice in Script it will not pick up the quest again

Those quests are not supported through auto quest because they require you to summon a transport and attack monsters.

In the past i could pick it up with script, killed mobs, delivered, make a town repair in mirror and just go back to training area and continue the quest. But not that doesnt work anymore

This will fix not getting the quest if you don’t have it. Quest turn in should have already worked. You do need to put the quest in your script twice.

hmm thats not working for me.
Now the bot don´t cast all Training Buffs and also will not cast the transport pet 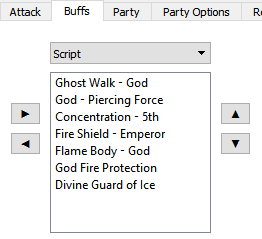 It looks like you’re using a script which means you need to cast the job transport skill. Auto quest does not work with the iSRO job transport quests.

Hello everyone, this is my first post. im glad to be part of this wonderful community and thanks for your contribution too.

Now to the point
im trying to build condition in condition tab.
When i try to add this function i it appears to add the script i want, but after that it does not appear to the build so basically i cant do that.
Is this function working at all or no ?
Thanks for the attention.
Regards 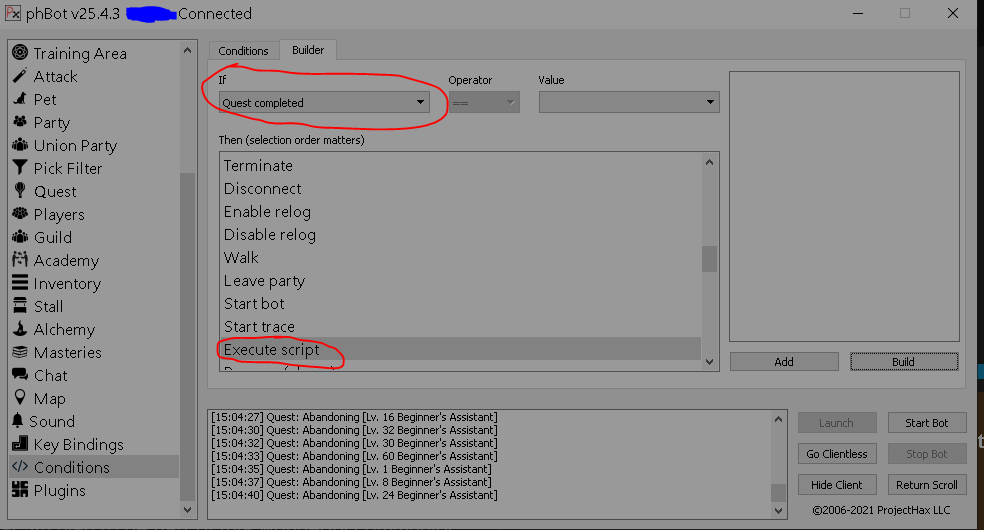